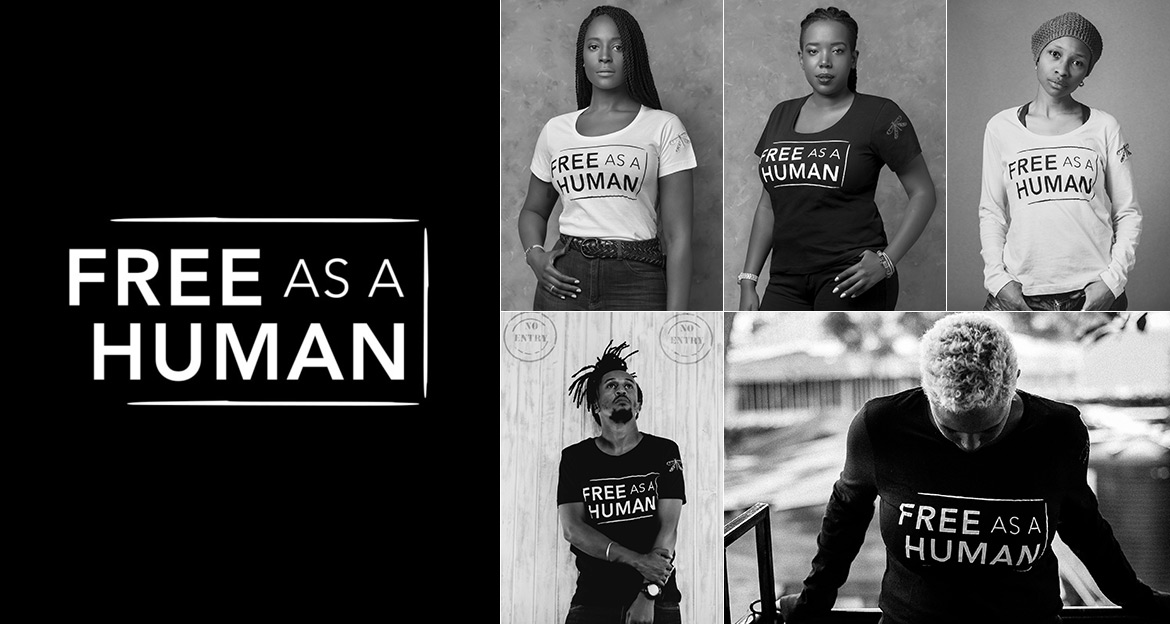 Free As A Human Foundation is a non profit organisation advocating the end of human trafficking and modern slavery. It was founded by fashion designer and social activist anyango mpinga, to raise awareness of the social and economic injustices that occur within the fashion supply chain and the wider consumer sectors, which exploit workers. As part of our mission to serve our communities, we implement the 17 UN Sustainable Development Goals. These include Goal 5, advocating for Gender Equality and eliminating violence against women including human trafficking; Goal 8, which highlights the importance of providing decent work and economic growth and eradicate slave labor and Goal 16 for Peace, Justice and Strong Institutions, which calls for the end of abuse, exploitation, trafficking and all forms of violence against women.

Free As A Human is on a mission to promote human rights as set out in the Universal Declaration of Human Rights and subsequent United Nations conventions and declarations by raising awareness of human trafficking issues, its causes, manifestations, and its destructive effects and adverse consequences for those living principally in Kenya, and any other places where potential victims originate. We do this by hosting and promoting community events that highlight and support the personal development of victims of human trafficking and sexual abuse; promoting public support and respect for human rights, organising educational programmes, social advocacy and public awareness campaigns; mobilising funding to support female victims of human trafficking through our partner organizations and through the sale of merchandise. We work by assisting and supporting non-profit organisation such as HAART Kenya to advance the education of victims of human trafficking and sexual abuse by awarding scholarships and promoting employment opportunities through apprenticeship programs and employment workshops.

Haart kenya is the only kenyan non-governmental organization dedicated to ending human trafficking- also known as modern slavery. Their work, which is focused on the kenyan and east african region creates awareness against human trafficking in the grassroots communities in nairobi and its environs, assisting victims of trafficking, prosecuting perpetrators in partnership with other organizations and networks to end modern slavery. Haart runs a shelter for young females who have been rescued from human trafficking. Kenya is one of the leading transit points and destinations for human trafficking in sub-saharan africa with victims coming in from as far as india and nepal. Haart kenya is doing something about this conundrum and uses art as a tool to create awareness and has a project specifically for this purpose. Shelters offer a place of refuge for victims of trafficking as soon as they are rescued. Haart kenya offers much needed immediate care for victims to be able to recover from the trauma of their experiences. Haart shelter offers client-centered and trauma informed care to girls who are between the age of 6-18 years.

To donate directly to HAART follow this link https://haartkenya.org/donate/

Pre-order your FREE AS A HUMAN branded items

All our t-shirts and jumpers are made responsibly by our partner factory on the Isle of Wight, United Kingdom. They are made using organic, natural materials and renewable energy. Most importantly they are created in the seconds after you’ve placed your order and shipped within a week. As part of our commitment to a truly circular fashion model, our t-shirts are designed to be sent back to the factory once they are worn out, where they are recycled and produced into new t-shirts – so there is no waste. Proceeds from sales are donated to Haart Kenya. 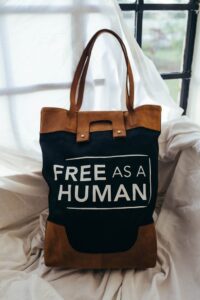 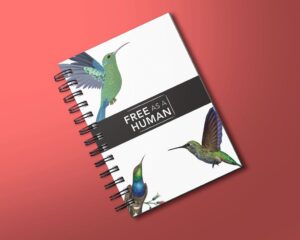 RA International is Africa’s premier provider of site construction and management services for clients in oil & gas, mining and humanitarian operations, working in remote and challenging environments. A wide range of NGOs, governmental organizations, private enterprises and multinational companies rely on them for mission-critical support in the face of cultural or geographical challenges. They are equipped to operate across the continent. Whatever the circumstances, they deploy a business model that puts long-term community impact at the core. They believe that private companies really can make a significant footprint in some of the world’s most challenging regions – and have a moral obligation to do so.

Since 2018, RA International has been a committed partner to Free As A Human. In July 2019, they began selling Free As A Human merchandise in their convenience store within their Mogadishu compound. Their aim was twofold: to raise money for the Free As A Human initiative and to raise awareness of their support for the initiative among staff and clients in Mogadishu. As a direct result, in October 2019 the British Forces in Somalia (an RA client) organised a charity fitness event called the Somali Spartan. Several teams took part, raising approximately US$6000 which was donated to HAART Kenya, the main beneficiary of the Free As A Human initiative and a long-term partner of RA International.

Sandstorm Kenya used to make luxury safari tents. Today they use the same skills and materials to build beautiful bags at their workshop in Karen, just outside Nairobi. Their aim is to operate at all times on firm ethical principles and as a company they take their responsibilities to their employees, and their relationships with their suppliers very seriously. They operate an open door policy and if you’re in Nairobi and you’d like to see how they make their bags at first hand then please get in touch. Sandstorm Kenya is collaborating with Free As A Human by manufacturing and providing retail distribution of the tote bags designed by Anyango Mpinga.

Crystals and pearls any day!!!!! Just a few days t

Episode 148 of The Wardrobe Crisis Podcast with @m

Opening night for "The Art of Resilience" at the H

Today is World Day Against Trafficking in Persons

This error message is only visible to WordPress admins


Error: API requests are being delayed for this account. New posts will not be retrieved.